There are no thieves in the world(tian xia wu zei )

No thieves in the world is a feature film directed by Feng Xiaogang and starred by Andy Lau, Liu Ruoying, ge you and Wang Baoqiang. The film was released in Chinese mainland in December 9, 2004.

The film is adapted from Zhao Benfu's novel of the same name. It tells the story of a pair of pickpocket partners fighting openly and secretly with another pickpocket gang in order to realize a migrant worker named Shagen's wish of "no thieves in the world" in a train.

Male thief Wang Bo (Andy Lau) and female thief Wang Li (Liu Ruoying) are pickpocketing partners and fugitive lovers. They set up a trap in the rich man's home and even threatened to steal the owner's BMW. Then they went all the way to the west to sell it. Wang Li found that she was pregnant, so she wanted to get rid of this precarious life. But because of the shame of their identity as thieves, she doubted whether she and Wang Bo could be good parents, so her mood was very complicated. Wang Bo didn't know about this, so they had several conflicts on the way. On the return train, they meet a migrant worker named Shagen (Wang Baoqiang). With a sum of money earned by working in the west, they want to go back to their hometown to build a house and marry their daughter-in-law. Shagen doesn't believe that there are thieves in the world and insists on taking money with her. Wang Li is deeply moved by his simplicity because she once met Shagen. She decides to protect Shagen and the money in his bag and realize his dream of no thieves in the world. There is another pickpocketing gang in the car, who wants to steal Shagen's money. Therefore, Wang Bo and Wang Li have launched a series of open and secret fights with the gang.

Ge you as Uncle Li

Wang Baoqiang as a fool

Remarks on the leaders of the theft gang

You Yong as a fat man

Note the second member of the theft gang

Feng Yuanzheng as a thin robber

Fan Wei as a fat robber

Wang Bo is a arrogant and unruly thief. He doesn't believe in reincarnation and retribution. At the beginning, he was determined to be a thief all his life. He compared himself to a wolf. However, in the contact between Wang Li, who has become good, and simple silly root, his fierce heart like a wolf was slowly eroded and softened, and the good root in his heart began to sprout.

The thief's wife Wang Li suddenly found that she was pregnant with a child. Her strong thief heart suddenly became soft and weak. She wanted to turn back from kindness and accumulate some virtue for her baby. Therefore, at the sight of simple silly root, she would help him to maintain a dream of no thieves. Although her kindness was ridiculed by Wang Bo, it was her strong kindness that indirectly led to Wang Bo's tragic ending.

The head of the pickpocketing Gang stares at the money in shaggen's schoolbag. He is resourceful and cruel. He saw a trace of compassion in Wang Bo's eyes before he dared to bet with him. Wang Bo accompanied Shagen to donate blood, so he designed a trap, and Shagen's money was stolen by his accomplices in a few seconds.

Shagen is simple and honest. He wants to go back to his hometown to build a house and marry his daughter-in-law with a sum of money earned by working in the West. He didn't believe that there were thieves in the world. He insisted on getting on the train with money. Wang Bo thought he was a fool, but after testing him, Wang Bo knew that he was really stupid enough. It was because of his stupid sincerity that Wang Bo finally found out his conscience.

The above contents refer to the source

"There are no thieves in the world" involved nearly 100 mass actors, including local Tibetan compatriots in Xiahe, and some foreign students dressed up as tourists.

In order to help the actors enter the play, the cast specially prepared a video for the actors. Before entering the group, each actor should carefully practice and learn to become a qualified "thief".

When the shooting team came to the plateau to shoot, ge you didn't adapt. He spoke and walked slowly.

In the film, Feng Xiaogang gives his train a name of "something out of nothing". Feng Xiaogang took this name because he was afraid that someone would take the right seat, so he simply told the audience that it was made out of nothing, instead of trouble.

The film is mainly about the winter, but the shooting time is the heat. There are a lot of actors in the cast, and they all wear down jackets to shoot outdoors. In order to avoid the actor's heatstroke, the cast asked the actor to take Huoxiang Zhengqi pills and drink ten drops of water before shooting.

On the first day of the film, Andy Lau had an accident in which his car fell into the mud pit, but fortunately he was not injured.

The main part of the play of "no thief in the world" is mainly in Beijing, and the shooting in Gansu mainly focuses on the external scene. The film was selected in a large shed in a science and Technology Park in Xiaotang mountain at the shooting base in Beijing. The studio, which the crew rented, covers an area of 8000 square meters, and the cost of the light farm is more than one million yuan. Feng Xiaogang has spent millions of yuan to build the "no middle school" train. The train is about 40 meters long, which is divided into four carriages: soft sleeper, hard sleeper, dining car and hard seat. The story of "no thief" is unfolded in these four carriages.

The story of "no thief in the world" is a completely impossible story. In the film, the silly root who worked from the countryside killed and did not believe that there were thieves in the world. This stubborn "silly" is rare in today's society. What is more rare is the absolute and incredible choice made by Wang Bo and Wang Li to complete the dream of "no thief in the world". These two kinds of impossible to "world without Thieves" a narrative constitute the biggest challenge. But it is here that Feng Xiaogang shows his narrative wisdom. He should not only unify all these things into possibilities, but also make it reasonable and thoughtful. In order to be credible, he even set up wolves who live with silly roots and a group of hometown who believe in "thieves are all over the world", all of which make this silly full of personal temperament; Wang Bo and Wang Lizhi turned back, his most important design is Wang Li's pregnancy, and in the original book there is no such plot, in front of innocent children, Wang Bo finally and Wang Lizi heart, decided to circle the dream of "no thief in the world" together《 The world without Thieves is still a comedy with Feng's characteristics. In this film, Feng Xiaogang has made a breakthrough in ideological aspect. Although the film still gives good people good news at last, its efforts to present the concept of good and evil in the form of paradox still give people a new feeling（《 Chengdu Business Daily)

From the overall view of the film, Feng Xiaogang has a great ambition, and wants to say goodbye to the traces of the previous small pieces. It is Hollywood in music, architecture, photography, etc., but it has lost the most important wit, simplicity and self mockery in his original style, which is why there are so few impressive paragraphs and lines in the film（《 News Morning Post)

Although Feng said before, this is a "for the people" film, but many audiences do not appreciate. Some people say that if Feng Xiaogang's previous films lack some humanistic care, the film has some concern. In order to highlight the fairy tale color of the film, Feng Xiaogang made a lot of emphasis in the first half, so that the rhythm was procrastinated, and the tragic ending was a bit too much（《 New express)

The style of "no thief in the world" is quite different from that of Feng's film. It is difficult for the audience who knows his previous films to understand it. The story is based on a false structure. The thief played by Liu Dehua conforms to the ideological line of a thief. No matter how many good things he does, he can not change the identity of the thief after all; Liu Ruoying, as a thief woman, is totally deviating from the identity and logic of the thief woman. She is a very well-known person. Feng Xiaogang tries to make up an Andersen fairy tale, which is obviously unsuccessful（《 Beijing Times)

Feng Xiaogang did not change Liu's performance style, and Liu continued to perform for performance. Compared with Liu Ruoying, the opera, Liu Dehua appeared to be a bit stiff. GeYou plays the thief head, makes up for this while makes up for that. It makes the audience laugh with the cold humor as always, but it makes the audience feel that he lacks the original sincere pleasure. In other words, this role is not particularly suitable for ge you（ Xinhua Online Review) 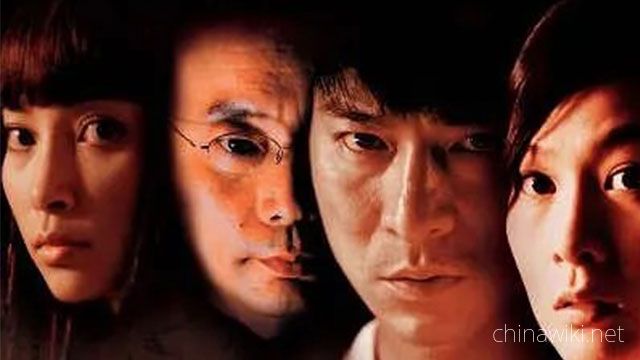 There are no thieves in the world