The film tells the story of the bandit Zhang Muzhi, an honest and upright official named "mabond", who takes office as the county magistrate of Yicheng, and starts a fierce fight with Huang sirang, the bully guarding Yicheng.

Eight pure blood white horses with high head are flying around with their hooves. The wheels and rails are pounding and rumbling. Two trains are galloping in the mountains of southern China with the dream of "horse pulling train". The steam in the chimney of the locomotive is steaming up, but the source of the steam is actually the huge hot pot in the carriage. Around the hot pot sits the old Tang (Ge You), his wife (Carina Lau) and master (Feng Xiaogang). The contented Old Tang did not know that a crisis was waiting for him, and their fate would change from then on.

Just when Lao Tang and others were drinking and having fun in the train, the Greenwood bandit Zhang Muzhi (Jiang Wenshi) led his brothers to ambush on both sides of the valley. Several gunshots pierced the sky. As Zhang Muzhi's words "let the bullets fly for a while" fell, a dazzling robbery started. As the train soared and fell into the water, Lao Tang and his wife became prisoners of Zhang Muzhi. In order to save his life, Lao Tang had an idea. He lied that he was the master, and Zhang Muzhi set foot on the road of becoming an official in the city. Zhang Muzhi changed from Ma bandit to an honest and upright official, Ma bond, and the relationship between him and Lao Tang changed from an old enemy to a partner.

When he took office in Echeng, Zhang Muzhi was full of ambition. Huang sirang (Chow Yun fat), a bully guarding the goose City, is eyeing. Huang Si Lang, who is known as one of the tyrants of the south, started his business by smuggling arms and selling Chinese laborers. In the era of warlord separatism, Huang Si Lang had power to one side. His disciples gathered, supported soldiers and respected themselves; he bullied men and women and ran rampant in the countryside. Huang sirang, who is desperate for defeat, is full of interest in this "mabond" who dares to buy an official post. He thinks that this man is just another straw bag who only comes to plunder money. He has no idea that mabond's real identity is the bandit Zhang Muzhi. Mr. Tang, the "master" with a ghost in his heart, is between Zhang Muzhi and Huang Silang.

Originally, Zhang Muzhi only wanted to make some real profits, but after he took office in Echeng, he was ambitious. Huang Silang and his party's behavior of bullying men and women aroused Zhang Muzhi's enthusiasm of saving the country and the people. During the day, he was an honest official like Sherlock Holmes, trying unjust cases. At night, they are robin hood type bandits who rob the rich and help the poor. These actions of course violated Huang sirang's interests. The two forces could not tolerate each other in e-Cheng. The two sides used many tricks, such as beauty trick, double reed trick, empty city trick, and so on. The two sides fought with each other for wisdom and bravery. One homicide case happened one after another in e-Cheng, and the fight for weapons was also escalating.

The legend of heroes is always praised by people. After the end of the song, Zhang Muzhi understood what he finally needed. 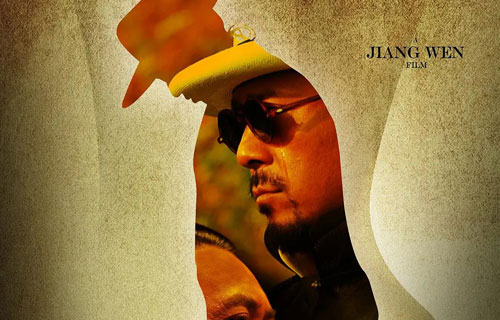