The film was adapted novel coronavirus pneumonia in 2020. It tells a shocking story about the rebellious men in white all over China who have come forward one after another in this great battle, fighting against the clock, fighting in the front line of Wuhan, regardless of their own safety, to protect the lives of the Chinese people.

The film was released in Chinese mainland in July 9, 2021. 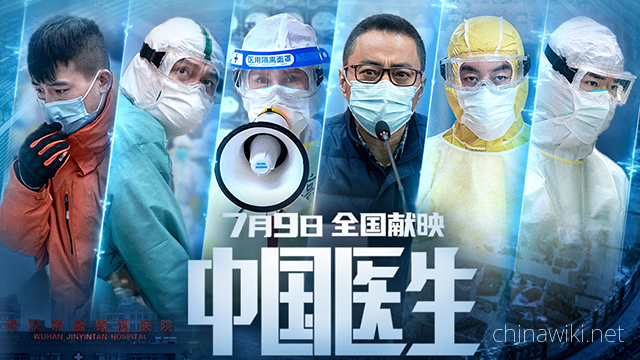 According to the novel coronavirus pneumonia prevention and control struggle's real events, the Wuhan golden city hospital during the "sealed city" is the core story background, and also takes into account the Wuhan Tongji Hospital, Wuhan Pulmonary Hospital, the Wuhan University, the people's Hospital (HO), the fire god mountain hospital, the shelter hospital and other brotherhood, with Wuhan medical staff, The medical teams of all provinces and cities in China are the prototype of the characters, recording the magnificent and arduous struggle against the epidemic in a panoramic way.

The seal of easy closing decorated with Yang Xiaoyang

Remarks: Director of Obstetrics and Gynecology

Zhang, President of Jinyintan hospital, is a kind of hot tempered president with no leadership airs. When the epidemic situation was the most dangerous, he fought against the public opinion and received a steady stream of patients under pressure; In the face of peer questioning, he would roar and retort, and strive to maintain the hospital and colleagues.

The director of intensive care medicine department, with a clear style, beautiful and strong, rushed to the front of treating patients again and again. She was tired every time she appeared, but her eyes still showed the firmness and courage of the doctor.

He is a member of the medical team of Guangdong aid Hubei Province. He is a doctor with great personality

Song title: we are not afraid

The film has been exclusively authorized by academician Zhong Nanshan.

During the shooting of the film in Wuxi film capital, seven studios were used to build scenes. Except for the studio used for the recording of China's new rap, the rest were rented by the film.

Director Liu Weiqiang asked the shooting scene 1:1 to restore the ward conditions during the epidemic period, and the shooting scene was connected with water, electricity and oxygen, which met the acceptance standard of the hospital. The doctors and nurses on the scene are also real medical staff.

The shooting scene of the film in Wuhan caused misunderstanding among netizens, so the crew voiced and refuted the rumors.

In order to play the role of director of intensive care medicine, Yuan Quan's face is full of scars and her hands are white every day. In one scene, she wore protective clothing for 8 hours in a row. She not only practiced wearing protective clothing and learning medical knowledge, but also consulted medical workers on the front line of anti epidemic.

On the spring equinox of 2021, at the invitation of "people's hero" Zhang Dingyu, during the epidemic period, the medical team came back to Wuhan from all over the country to help Hubei, and the film crew was also invited back to Wuhan, where the film was shot. Yu Dong, chairman of Bona film group, led by Zhang Hanyu and Yuan Quan, on behalf of the film crew, enjoyed cherry blossoms with guests attending the event and representatives of various industries participating in Wuhan anti epidemic and supporting the film shooting.

Tiktok is the most popular movie.

At the beginning of April 2020, when Wuhan was "unsealed", Bona film's creative team interviewed the medical team of Guangdong aiding Hubei, together with academician Zhong Nanshan, the first person of Guangzhou aiding Wuhan, the medical team of Guangdong aiding Hubei, Wuhan Jinyintan hospital, Union Hospital Affiliated to Tongji Medical College of Huazhong University of science and technology, Central South Hospital of Wuhan University Hundreds of medical workers at the forefront of the anti epidemic front, such as Wuhan Central Hospital, exchanged face to face and collected a large number of first-hand information. The actors also went to the hospital for personal experience and internship.

All the hospital equipment used in the film shooting was built in strict accordance with the real hospital construction standard of 1:1, and even was put into shooting after the professional hospital transformation staff arrived at the scene and passed the acceptance. Every scene of the film was personally directed by professionals who experienced the front-line anti epidemic work, and many people in the group show were real medical workers.

On October 1, 2020, the film will be officially launched; In December, the film was shot in some residential areas of Jiang'an District, Wuhan, Hubei Province; On December 23, the film was released.

On December 23, 2020, the film officially announced its cast.

Film Bureau of the Propaganda Department of the CPC Central Committee

The strongest feeling after watching the film is that it does not hide anything. It truly restores the anti epidemic situation in Wuhan, presents the picture of the people of the whole country overcoming difficulties together, and most importantly, truly shows the strength of China（“ Zhong Nanshan, academician of Chinese Academy of engineering and famous expert in respiratory diseases

This movie is like a tear gas, full of deep feeling, which brings us back to the years of fighting（ The prototype of Zhang Jingyu, the former president of Jinyintan hospital and the national honorary title winner of "people's hero" (by Zhang Dingyu)

As a professional doctor, I carefully watched all the professional links in the film, and it can be said that almost all of them were accurate and perfect（ Cheng Cai, associate professor of cardio cerebral and macrovascular surgery, Tongji Hospital, Huazhong University of science and technology

I came to see "doctor of China" with a critical attitude, but I didn't find any problems in more than two hours. This film exceeded my expectation. The film makes the doctor beautiful, brave and handsome. The medical film is most afraid of not paying attention to it and not trying to figure out the essence, which is rarely seen, but captured by the Chinese doctor（ Zhang Wenhong, director of Department of infection, Huashan Hospital Affiliated to Fudan University

The film "Chinese doctor" is very true to restore the course of our anti epidemic, every picture seems to be vividly remembered（ Liu Jialin, chief physician of Department of critical care medicine, Ruijin Hospital Affiliated to Medical College of Shanghai Jiaotong University

From the beginning to the end of the film, my tears didn't dry. Yuan Quan, the director of intensive care medicine, should also be the epitome of many people in the front line of anti epidemic. Although the role does not have much language, its resolute eyes show the appearance of a director leading all medical workers forward（ Director Wen Ting's archetype in the film

Almost all the scenes of this film are concentrated in a hospital. There are no gorgeous costumes and special effects, but the plot is tense and the rhythm is fast. Every second is a race against death. The audience is worried about the whole process of watching the film. It can be said that this film has no big scene, but it is a real "blockbuster". Chinese doctor is a film with many stars, but most of the time in the film, the actors are fully armed and can only act by their eyes. But in the face of the patient's fortitude and determination, in the face of the patient's pain of compassion and compassion, in the face of the family's deep feeling and debt, in the face of the unknown and death of fear and helplessness, rich emotions are accurately transmitted in the eyes, also has a very strong appeal（ Surging news (review) 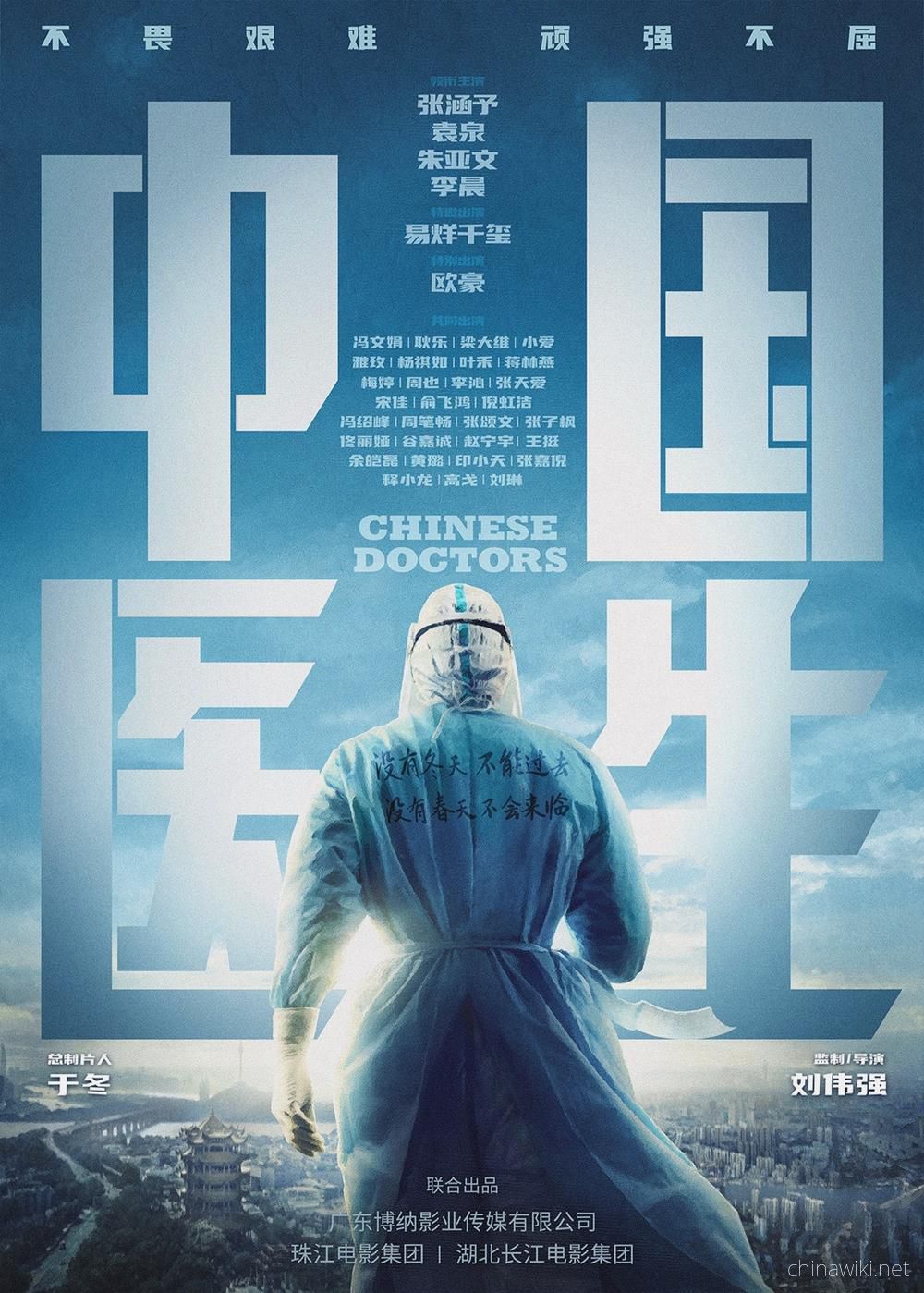