On September 15, Mango TV's self-made panoramic music competition performance, the fifth issue (first) of the variety show "Beat the thorns", was launched. The public performance was "If everything in the world can be borrowed once, what do you want to borrow most?" As the theme, the Alliance focused on fire. Ren Xianqi leads his brothers to sing "Borrow Me", while Zhang Junning Jinhan x-part challenges the two to rap; Zhang Zhilin, Li Chengxuan and Mike staged a "beautiful man trick", and the atmosphere of "Sad People Don't Listen to Slow Songs" was very hot; Wu Jianhao and Wu Kequn have a tacit understanding, and the stage of "Heart Like Water" adds the creativity of "Dancing with Wolves"; Du Dewei joined hands with Fan Shiqi and Zhu Jiaqi to sing and dance Just Like Fire in English, which was very handsome.

Ren Xianqi and Su Youpeng have a clear division of labor, helping teammates in the same group constantly pick out details and think creatively. Su Youpeng proposed to join the piano, dance, rap and military drum in the x-part to "let the younger brothers be seen" and "show their private talents"; Ren Xianqi took the initiative to help Zhang Junning practice rap, saying that although he had a strong desire to win, he felt that everyone should "prove themselves and show their potential". On the public performance stage, Ren Xianqi joined hands with Wu Zhuoxi, Zhou Baihao, Zhang Junning, Cai Heng and Jin Han to sing "Borrow Me" with a strong and rhythmic drumbeat. Those who want to have but do not have can tell through the song. The double rap part of Zhang Junning and Jin Han, as ICE Yang Changqing said, "reflects the protection of nature in the form of rap". Su Youpeng also praised: "I have done what I reminded them. This is the best time."

Because Chen Xiaochun didn't understand the rules, he got the Sad People Don't Listen to Slow Songs. After internal discussion, the Alliance decided to send Zhang Zhilin, Li Chengxuan and Mike to perform this song and put on a "beautiful man trick". Because the whole song is relatively fast paced and has a strong sense of atmosphere, Zhang Zhilin of the X-part part thinks that "we must play in extreme ways" to perform an inner drama and show our inner powerlessness. At the final stage of the public performance, the three people were scattered around the scene to sing and shuttle through the audience. The atmosphere was very hot. With the arrival of the X-part, Zhang Zhilin performed a "magic show" like performance when the lights were dim, and the whole person seemed to fall down in weightlessness. After the performance, Zhang Zhilin actually borrowed the mechanism props to decrypt online. I was asked why it was presented like this? He said, "Sad people will listen to fast songs, but at some point when the sadness strikes, they will still feel powerless."

After receiving the song "Heart Like Water", Wu Jianhao and Wu Kequn had a close understanding and wanted to integrate the "werewolf" element into it, so the idea of "dancing with wolves" was initially reached. Therefore, Wu Kequn, who "didn't dance before the age of 40", also started a dance challenge. Wu Jianhao, the "dance instructor", helped practice online. Wang Dadu, who wanted to rap and play a little, got Pan Weibo's demonstration teaching, and Zhang Zhenyue's immersive teaching, "(Brother Yue) let me touch his chest, throat knot and nose to feel resonance". On the stage with high iron windows and walls, with the wolf howling under the moonlight, the four people sang "talking to the moon, will the reason why they can't put it down become a wild animal?" The lyrics of Pan Weibo's rap songs are thought-provoking. In fact, even though werewolves are ugly, they hope to move you. Wang's rap is also amazing. Even Pan Weibo, the "rap tutor", said directly, "I doubt that the mainland is actually a rap singer."

The Just like fire, which was originally planned to be performed by six people, ushered in extreme changes after the production meeting. Considering the final presentation of the stage, the Just like fire was performed by Du Dewei, Fan Shihui and Zhu Jiaqi, together with the dance company, and the three people welcomed the challenge of singing and dancing in English. In the process of practice, the Maijia dance in Du Dewei's song "Spoil You" was also added, becoming one of the highlights of the whole dance. When the spotlight suddenly came on, the three sang "Just like fire" and danced the McAfee dance, the audience cheered constantly. "The McAfee was very handsome, with a feeling of Michael Jackson" and "very retro", Zhang Zhenyue and ICE Yang Changqing said after the stage ended. The adaptation of the X-part part is also very interesting. "Good Mao, good Mao, good Mao" is magical and full of joy.

After the first half of the second theme show, some people were happy and others worried. Chen Xiaochun, Zhang Zhilin Alliance and Zhang Zhenyue, Wu Kequn Alliance are leading for the time being. What exciting stages will come tomorrow? How will the situation change? Which alliance can win the first prize in this public performance? Who will regret to leave? More exciting content, pay attention to Mango TV "Beat the thorns", and continue at 12 o'clock tomorrow afternoon! 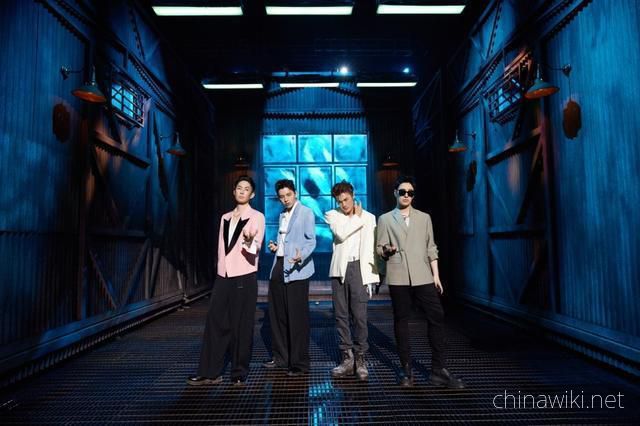