On August 6, Beijing time, the Tokyo Olympic Games entered the final stage, and the wrestling event also entered the white hot stage. In the 50kg final of women's freestyle wrestling this evening, sun Yanan faced Japanese player Yoshiki Suzaki. After a fierce competition, sun Yanan was scored by his opponent in the final by using the bridge rolling tactics. Finally, he lost 0-10 to Yoshiki Suzaki and won a silver medal.

Sun Yanan is one of the core athletes of the Chinese wrestling team, the champion of the 2013 World Championships and the bronze medal winner of the women's freestyle 48kg class in the 2016 Rio Olympic Games. During the Tokyo Olympic Games cycle, sun Yanan gained weight slightly. In the 1 / 8 final, sun Yanan advanced 8:2 against Cuba's Lopez; In the quarter finals, sun Yanan advanced 7-3 against Ukraine. In the semi-finals, sun Yanan made a startling 10-7 comeback and advanced after falling behind 0-7.

In the first round, sun Yanan and Suzaki Youyi were cautious. Both sides were testing and positioning each other in the first 15 seconds, feeling each other's rhythm and strength, and did not make an effective attack. From the perspective of body shape, it can be seen that both sides are agile players with fast speed. The game lasted about 20 seconds. Suzaki Youyi tried a hug and fall, but he couldn't succeed.

Both sides failed to score in the first minute. Suzaki Youyi's offensive was very fierce, got an advantageous position, and then got two technical points. Sun Yanan fell into passivity and was scored 8 points by his opponent using the bridge rolling tactics. He fell behind 0-10. According to the rules of wrestling competition, sun Yanan was directly judged negative 0-10. In this way, the game has not been carried out for 2 minutes, and sun Yanan can only regret the defeat and finally get a silver medal. 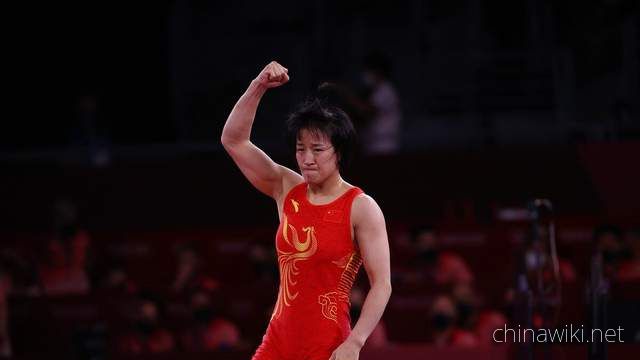