Zhou Yiran, born in Chongqing on November 22, 2000, is a male singer and actor in mainland China.

In March 2017, he joined Yi'an music club in the name of Fang Xiangrui. On August 17, 2018, the youth inspirational film "take my brother away" was released nationwide; On December 7, he released his first single "single love". In July 2019, he participated in the ancient costume Romance Drama "Phoenix returns to four seasons". On January 10, 2020, the urban romantic interactive drama "fist Quartet" starring was launched; In September, confirmed to participate in the urban emotional drama "children of the Qiao family"; At the same time, he also starred in the urban emotional drama "you are my sweetest heart". In March 2021, she starred in the family ethics drama Xiaomin family; In August, he starred in the family emotional drama "children of the Qiao family" directed by Zhang Kaizhou. 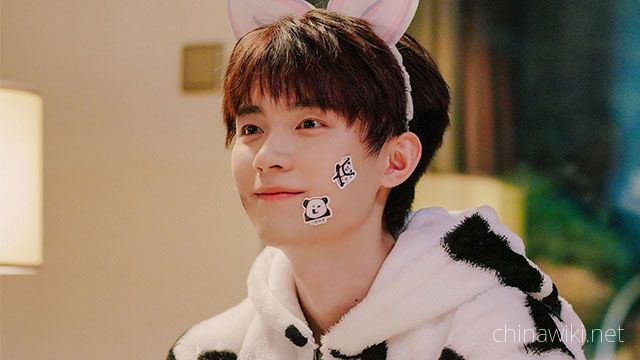 On March 30, 2017, Zhou Yiran joined the group of Yi'an music club in the name of Fang Xiangrui and officially made his debut. On April 9, he appeared on the 17th music billboard with Yi'an music club. In addition to being an award-winning guest, he also performed the song Chitty bang bang on the stage. On October 28, I participated in iqiyi fun Festival. On December 18, he won the "new combination of the year" award with the group at the pepper night charity ceremony of Beijing Satellite TV.

On January 27, 2018, the group sang "little girl under the street lamp", "Jimmy come on" and "an annoying autumn wind" at the Spring Festival Gala of Anhui Satellite TV. On August 4, the second summer Campus Culture Festival Concert of Yi'an middle school was held with the group. On August 17, the youth inspirational film "take my brother away" based on the cartoon of the same name of sister Youling was released across the country. Zhou Yiran played the "hidden rich second generation" who was over protected since childhood and knew little about the real world. On November 22, Zhou Yiran quit Yi'an music club and sang his first single "single love" at the birthday party.

On January 10, 2020, the love interactive play "fist Quartet" was launched. In the play, Zhou Yiran played the band bassist Xiao Qianye who was cold in appearance but warm in heart. In June, he participated in the youth campus network drama "please monitor". On June 17, the ancient costume romantic drama "song of Phoenix returning to four seasons" was launched on Tencent video. Zhou Yiran played the bodyguard Zhong Li who wholeheartedly protected the Lord in the play. At the same time, Zhou Yiran also plays Lin ran, who is slightly five years younger than Tang, in the urban emotional drama you are my sweetest heart.

On March 8, 2021, the family ethics play Xiaomin's family, starring Zhou Xun, Huang Lei, Tang Yixin, Tu Songyan and others, was launched, in which Zhou Yiran played Jin Jiajun, Liu Xiaomin's son; On April 23, the youth campus drama "please monitor" starring Zhou Yiran was launched on Tencent video. Zhou Yiran not only played Ye Jingxi, the school love bean in the drama, but also sang the episode "you know, I know" for the drama; On June 23, the Urban Youth Drama "you are beautiful when you smile" starring in E-sports began broadcasting, in which Zhou Yiran played Zhong Aijia. In August, the family emotional drama "children of the Qiao family", starring Zhang Kaizhou, began broadcasting.

You look beautiful when you smile

You are my sweetest heart 2020 (startup time)

Daily records of the music club

Self made variety show by Yi'an music club and panda TV

During the "World Environment Day" on June 5, 2020, Zhou Yiran spoke for ecological civilization in response to the call of the Central Committee of the Youth League "beautiful China · Youth Action".

In the fist Quartet, whether it's a cool rock musician or a gentle and focused young man, under Zhou Yiran's interpretation, the double-sided emotions are naturally revealed, presenting the sweet and green throbbing of youth. In the song of the Phoenix returning to the four seasons, Zhou Yiran interprets Zhong Li's cold face, warm heart and loyal character delicately and vividly, restores the indifference and alienation of the role, but does not lose the expression of emotion, plays naturally and freely, moves cleanly, and interacts with King Yu naturally and truly, making the image of "loyal dog" a Li deeply rooted in the hearts of the people. Also memorable is Zhou Yiran's ancient costume, tall and handsome, with both heroic and youthful looks, which vividly interprets the role of Zhong Li (Netease Entertainment review). 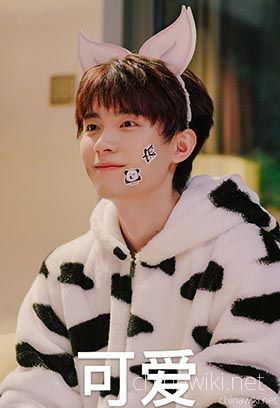