The Peoples Republic of China

The people's Republic of China (abbreviated as "China"), founded on October 1, 1949, is located in the east of Asia and the West Bank of the Pacific Ocean. It is a socialist country under the leadership of the working class and under the people's democratic dictatorship based on the alliance of workers and peasants. It takes the five-star red flag as its national flag and the march of the volunteers as its national anthem. The content of the national emblem is the national flag, Tian'anmen and teeth The common language is Putonghua and standard Chinese characters. Beijing, the capital, is a multi-ethnic country with the Han nationality as the main body and 56 ethnic groups as the common members.

The land area of China is about 9.6 million square kilometers, the coastline of the eastern and southern continents is more than 18000 kilometers, and the water area of the inland and marginal seas is about 4.7 million square kilometers. There are more than 7600 islands in the sea area, of which Taiwan island is the largest with an area of 35798 square kilometers. China borders 14 countries and 8 countries on the sea. The provincial administrative divisions are 23 provinces, 5 autonomous regions, 4 municipalities directly under the central government and 2 special administrative regions.

China is one of the countries with the longest history in the world, with splendid culture and glorious revolutionary tradition, and the number of world heritage sites is leading in the world. After the founding of the people's Republic of China in 1949, it entered the period of socialist revolution and construction. In 1956, it realized the transition to socialism. Since then, the socialist construction has developed tortuously in exploration. After the end of the "Cultural Revolution", we will carry out reform and opening up and concentrate on socialist modernization along the road of socialism with Chinese characteristics. After long-term efforts, socialism with Chinese characteristics has entered a new era.

China is the developing country with the largest population in the world, the third largest land area in the world, the second largest economy in the world, and continues to be the largest contributor to world economic growth. In 2018, the total economic volume exceeded 90 trillion yuan. China adheres to an independent foreign policy of peace, is a permanent member of the UN Security Council and an important member of many international organizations, and is considered to be one of the potential superpowers. 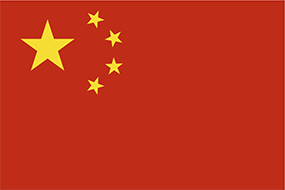