Chaka Salt Lake has an average altitude of 3059 meters, a lake area of 154 square kilometers, and a scenic area of 30 square kilometers. This is an important stop of the ancient Silk Road, and the intersection of National Highway 109 and National Highway 315. It is 298km east of Xining, the provincial capital, and 200km west of Delingha. It is known as the east gate of the Qaidam Basin.

The Chaka Salt Lake is surrounded by snow mountains. The calm lake is like a mirror, reflecting the beautiful and intoxicating sky scenery. It is known as "the mirror of the sky in China". Being in the world of salt, walking on the lake is like walking on clouds. The water reflects the sky and the sky touches the earth. Walking between lakes is like swimming in a painting.

Chaka Salt Lake has beautiful scenery all the year round. In spring, white clouds hanging low in the sky fall on the lake water. It is unclear whether the salt is whiter or the clouds are whiter; In summer, the rippling lake water is as green as emerald, refreshing people's hearts; The dry lake in autumn is clean and ice, flat and boundless; The desolation in winter is more challenging.

Chaka Salt Lake is also famous for its abundant green salt, becoming the first green edible salt production base in China. In recent years, it has enjoyed a high reputation in the international and domestic tourism circles and the scenery tour of the Qinghai Tibet Plateau due to its production and tourism. The number of tourists has increased year by year. It has been rated as one of the "55 places to go in one's life" by the National Tourism Geography magazine, and has become another beautiful golden card of the beautiful Qinghai. 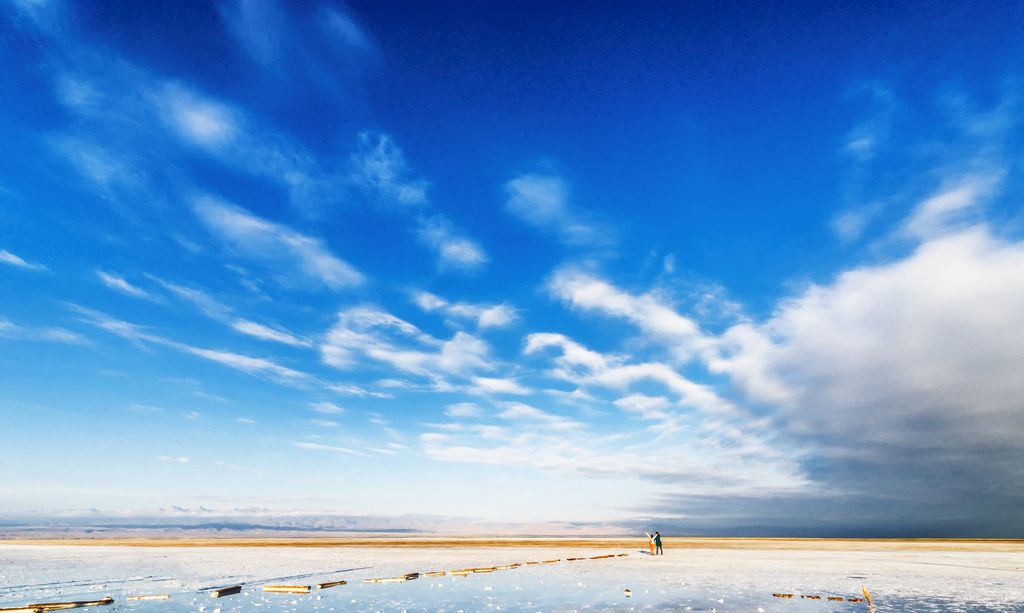 Due to plate movement, the junction area between the Eurasian plate and the Indian Ocean plate, which was originally covered by sea water, gradually rose into the Qinghai Tibet Plateau. During the formation of the Qinghai Tibet Plateau, part of the seawater accumulated in low-lying areas and formed many salt lakes and ponds, including Chaka Salt Lake.

Chaka Salt Lake is located in Wulan County, Qinghai Province, between 99 ° 02 ′ - 99 ° 02 ′ E and 36 ° 18 ′ - 36 ° 45 ′ N, in the easternmost segment of the Qaidam Basin, in the west of Chaka Basin, in the small intermountain artesian basin of the Cenozoic depression on the southern edge of Qilian Mountains, in the south of which lies Ela Mountain, and in the north of which lies the southern Qinghai Mountain separated from Qinghai Lake.

The Chaka River, Mo River, Xiaochahanwusu River and other rivers that radiate along the edge of the salt lake enter the lake. Springs are developed in the east of the lake area. The lake basin is recharged in the form of groundwater, and there is no outlet for the lake. There is Mayana River flowing into the southeast bank of the lake, and other rivers flowing into the salt lake are very small and mostly seasonal rivers.

Chaka Salt Lake is a brine lake with solid and liquid coexisting. The salinity of salt lake brine is 322.4 g/l, the relative density is 1.2178, the pH value is 7.8, and the hydrochemical type is sulfate magnesium sulfate subtype.

Chaka Salt Lake lacks aquatic organisms, and there are few trees and plants around it, which are mainly herbaceous plants. Poa pratensis and Kobresia are one of the dominant species.

Chaka Salt Lake is famous for its abundant "large green salt". Its salt grains are large and pure, with mellow taste. It is an ideal edible salt but cannot be eaten directly. The annual rainfall in the lake area is small, and the water injected into it every year is especially small. In addition, the evaporation is strong, so its salt content is very high. The salt crystal is called "green salt" because it contains minerals, which make the salt crystal green and black.

Chaka Salt Lake is the smallest of the four major salt lakes in the Qaidam Basin and the earliest one developed. Chaka salt is very easy to exploit. People only need to uncover a dozen centimeters of salt cap to get natural crystal salt from below.

According to the Xining Mansion New Annals, "In the west of the county, there are more than 500 li, southwest of Qinghai... There are more than 200 li around. Salt is naturally formed, and it is inexhaustible. Mongolia uses iron spoons to fish for it, and sells jade for trade. The county and the people depend on it."

As early as the Western Han Dynasty (206 B.C. - 25 A.D.), the local Qiang people had known to eat salt. It is recorded in the Hanshu Geography that "Jincheng County is located in the northwest of Qiang and beyond the Great Wall, with West Queen Mother's Room, Xianhai Lake and Yanchi Lake". Xianhai Lake is now Qinghai Lake, and the salt pond is Chaka Salt Lake.

Since the 28th year of Qianlong's reign (1763), the government has organized large-scale exploitation of salt lakes, and established a salt law. In the 34th year of Guangxu (1908), the Dangaerting Salt Bureau was established, which marked that Chaka Salt was brought into the orderly management track.

Before liberation, the Northwest Salt Administration of the Ministry of Finance of the National Government set up a salt farm in Chaka as a salt base. At that time, the production mode of Chaka Salt Lake was very backward, mainly including manual salt digging and yak transportation. By 1949, the annual output was only 1300 tons.

Bus: There are shuttle buses to Wulan County at Xining Long distance Bus Station, passing Chaka Town. There are five buses a day, and the fare is about 80 yuan

Others: Follow the Yanche from the Heima River to the lake area, about 50 yuan

In July 2018, the video of Chaka Salt Lake in Qinghai, the "Mirror of the Sky", a popular online attraction, was accused of being turned into a "garbage dump", causing heated discussion among netizens. The scenic spot is in the peak season of tourism. At the peak, 12 tons of garbage can be removed a day, and most of them are plastic shoe covers worn by tourists entering the Salt Lake. In order to relieve the environmental pressure of Chaka Salt Lake, the scenic spot has customized biodegradable rental shoe covers, and arranged nearly 200 cleaning personnel to patrol in the scenic spot. The scenic spot calls on tourists to protect the beautiful scenery while enjoying it. 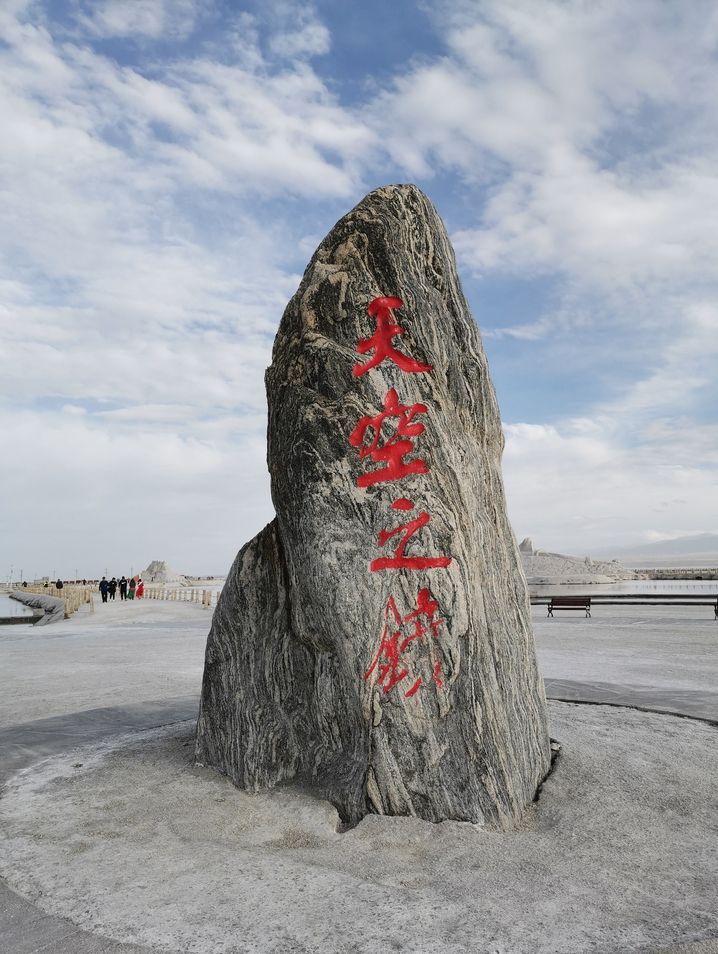